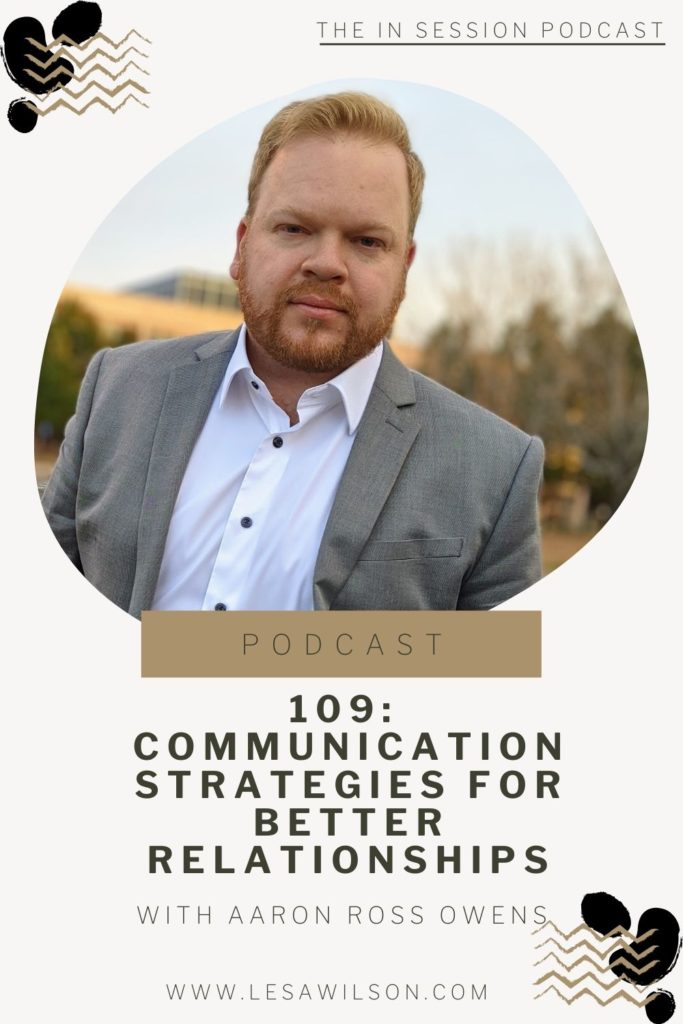 My guest this week is Aaron Ross Owens. He’s a self proclaimed “growth geek” who’s convinced that business growth mirrors personal growth. He has led sales and marketing at some of the fastest-growing companies in multiple industries, and now advises industry mavericks on overtaking their industry goliaths. But after seeing innovative products and great strategy come crashing down around insecure executives and dysfunctional teams, Aaron became passionate about identifying the difference between those ineffective leaders and those who successfully lead scalable and sustainable growth. Since then, he’s been trained by business transformation experts like Tony Robbins, and he served as a program leader for one of the largest professional development companies in the world. He is now developing a program to help executives lead revolutions within their companies, communities, and industries. Aaron lives in Denver, CO, with his blended family of five kids (and a Doberman). He is founder of Leading Your Revolution and RevOpsIQ, and advises on growth strategy for Intelligent Demand, the #1 account-based marketing company in North America.

Aaron and I met years ago after we both enrolled in an online program called Create Awesome Online Courses and met in the Facebook Group. We just gravitated towards each other and the rest is history. For years he’s been one of my favorite go to business associates & advisors. We’ve been in the trenches together so I’m excited for this conversation & to introduce you to this absolute gem of a human.

He was a kid with a stutter who was in love with politics and had to overcome that hurdle to pursue his dreams. But, after losing his run for state office by 25 votes, he found the direction in his life he really needed through humility, asking the question “why” & learning to reflect on other’s experiences to create healthy communication patterns. He says losing that race was actually the best thing that could’ve ever happened to him because it took him down the path of figuring out who he really wanted to be.

There are tons of golden nuggets in this episode. We talk about the roots of identity and how he was presenting his identity in reaction to other people around him. He wanted to prove that he was better than the people who made fun of him and rejected him in his childhood. His motto was “I’ll show you” but that backfired on him and when it did, he found that what made him feel significant was being somebody who could make a change for others.

We also deep dive into the lessons we both found through our marriages and divorces – Marriage is truly the greatest teacher. One of his lessons through divorce was that there’s nothing you can do to control what other people think about you. If someone sees you as a bad person, then they are going to see everything you do as bad. Marriage & divorce were his laboratories to go back and figure out how he was showing up in the world. From there, overcoming the need to be right became his strategy. Instead he strives to make others feel understood.

“When people are carrying something, they want to feel understood. If you can reflect their experience back to them, you have the opportunity to create something new.”

When you both stop feeling the need to be right, it helps you create a new experience. Righteous indignation blocks all opportunity for anything else to show up in that situation.

“Being “right” inhibits your ability to perform.”

We also explore lessons Aaron has learned through parenting. He calls his 10 yr old daughter an emotional ninja because of her ability to see through conflict. Blending a family brings so much complexity beyond normal parenting, so communication has been a vital part of managing their house. He’s teaching his kids to reflect back other people’s experiences to make them feel seen, heard, valued, & validated. It’s been amazing for him to witness his kids learning these lessons and applying them to their lives.

In every situation, each person has their own perspective. We go through life trying to defend that perspective. Having the ability to change your perspective gives you the chance for revolution in your life. It unlocks new possibilities. Changing perspective is like the death of the ego – we release something that no longer serves us or our situation that our ego wants to remain attached to in order to see things from another point of view. When we do this, we experience growth. Growth is the name of the game for Aaron.

Join us as we explore the many facets of business and personal relationships & make sure to keep up with Aaron online!

LinkedIn: https://www.linkedin.com/in/aaronrossowens/
IG: https://www.instagram.com/aaronrossowens/
Biz: LeadingYourRevolution.com
Revenue Growth Help: IntelligentDemand.com
As always, thank you for tuning into the In Session Podcast! Please leave us a 5 star and written review. It helps so much as the show grows. 🙂

113: The Power of Radical Acceptance with Elise DuQuette